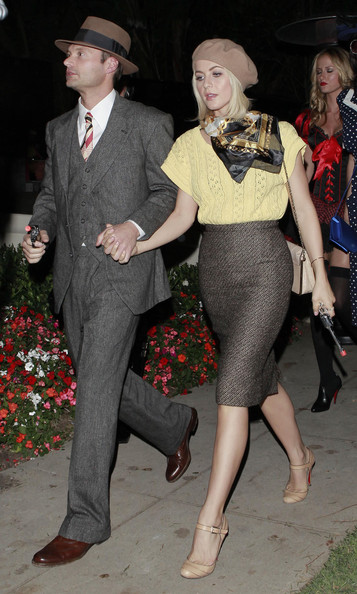 Julianne Hough and Ryan Seacrest in Beverly Hills as Bonnie and Clyde.
photo 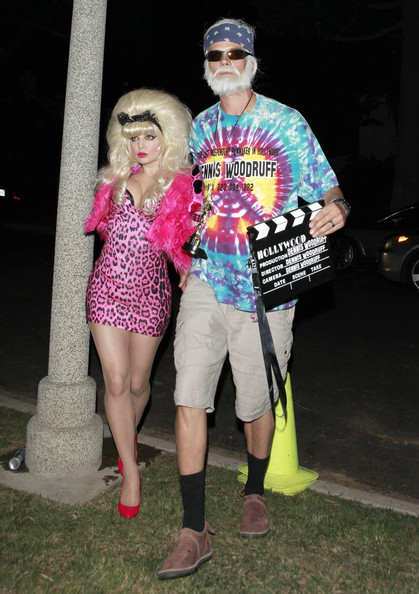 Fergie and husband Josh Duhamel attended a Halloween party in Beverly Hills. Fergie dressed up as Angelyne and Josh as Dennis Woodruff.
zimbio 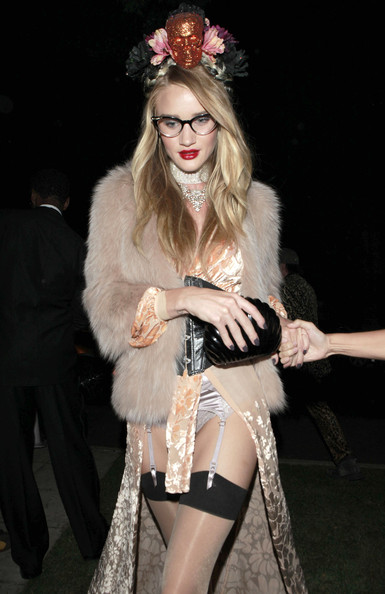 Rosie Huntington-Whitely in Hollywood. Not quite sure what her costume is :/
photo 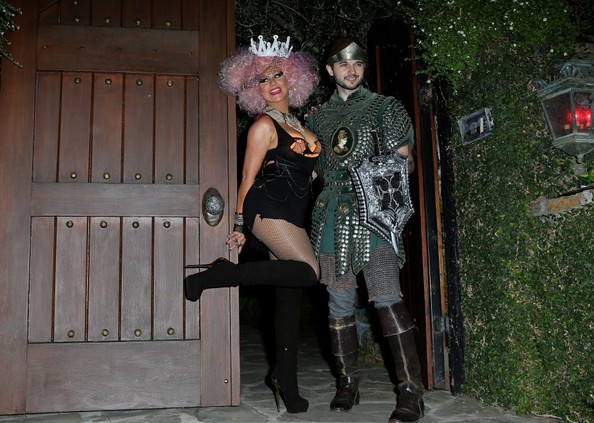 Christina Aguilera and boyfriend, Matt Rutler at Christina’s Halloween party in her Beverly Hills home. Aguilera is dress as a “sexy” queen while Rutler opted for a classic knight costume.
photo 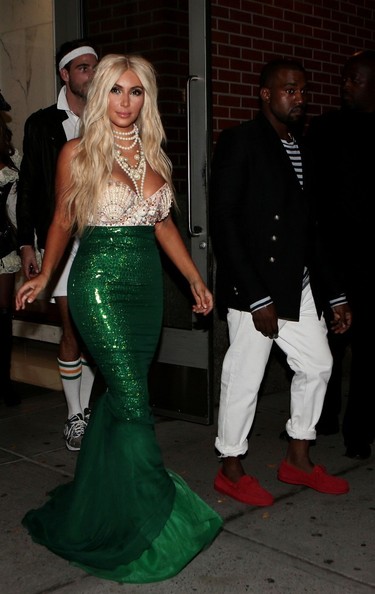 Kim Kardashian and Kayne West heading to the Midori event as a mermaid and captain.
photo 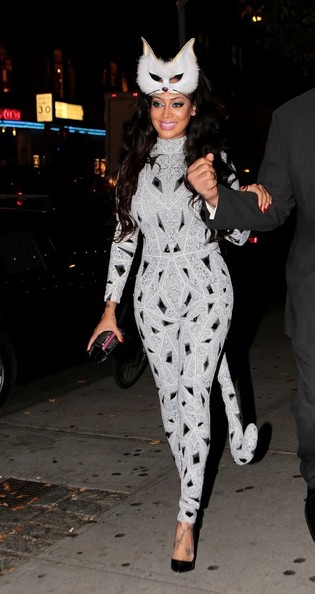 Lala Anthony going to the Midori event with Kim K. dressed as a sexy kitten.
zimbio 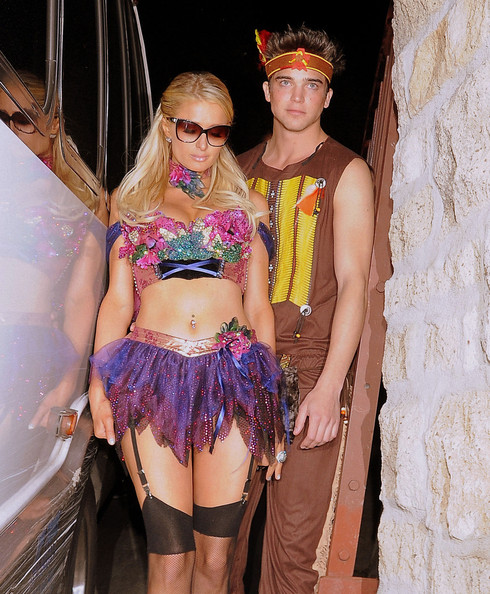 Paris Hilton and her boyfriend, River Viiperi attended the Playboy Mansion Halloween Party. Paris dressed as a fairy and River as a Native American.
photo 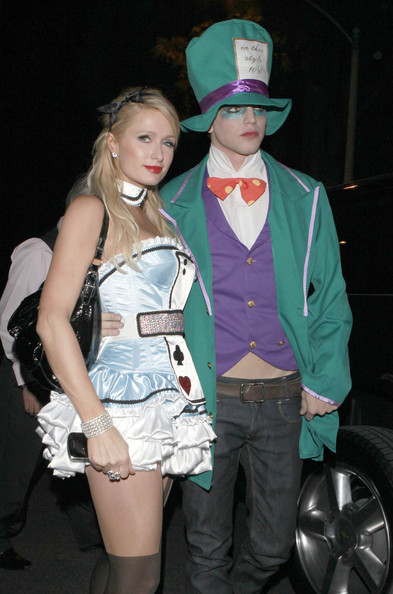 Round two for Paris and River who headed to another party in Beverly Hills as Alice and Wonderland and River as the Mad Hatter. 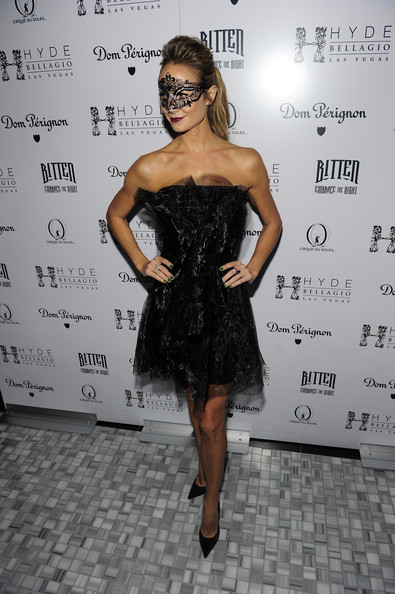 Stacy Keibler at Hyde Bellagio in Las Vegas attending a Masquerade Bash.
photo
Celebrities were out in full force this weekend celebrating Halloween and dressing up in some fabulous (and NOT so fabulous) costumes. I have to say, my favorite costumes of the weekend were worn by Ryan Seacreast and Julianne Hough as Bonnie and Clyde! The duo looked the most realistic and definitely proved to be the cutest couple too! Who are your favorites?